6 Things I Learned as an Exhibitor at SunshinePHP 2018 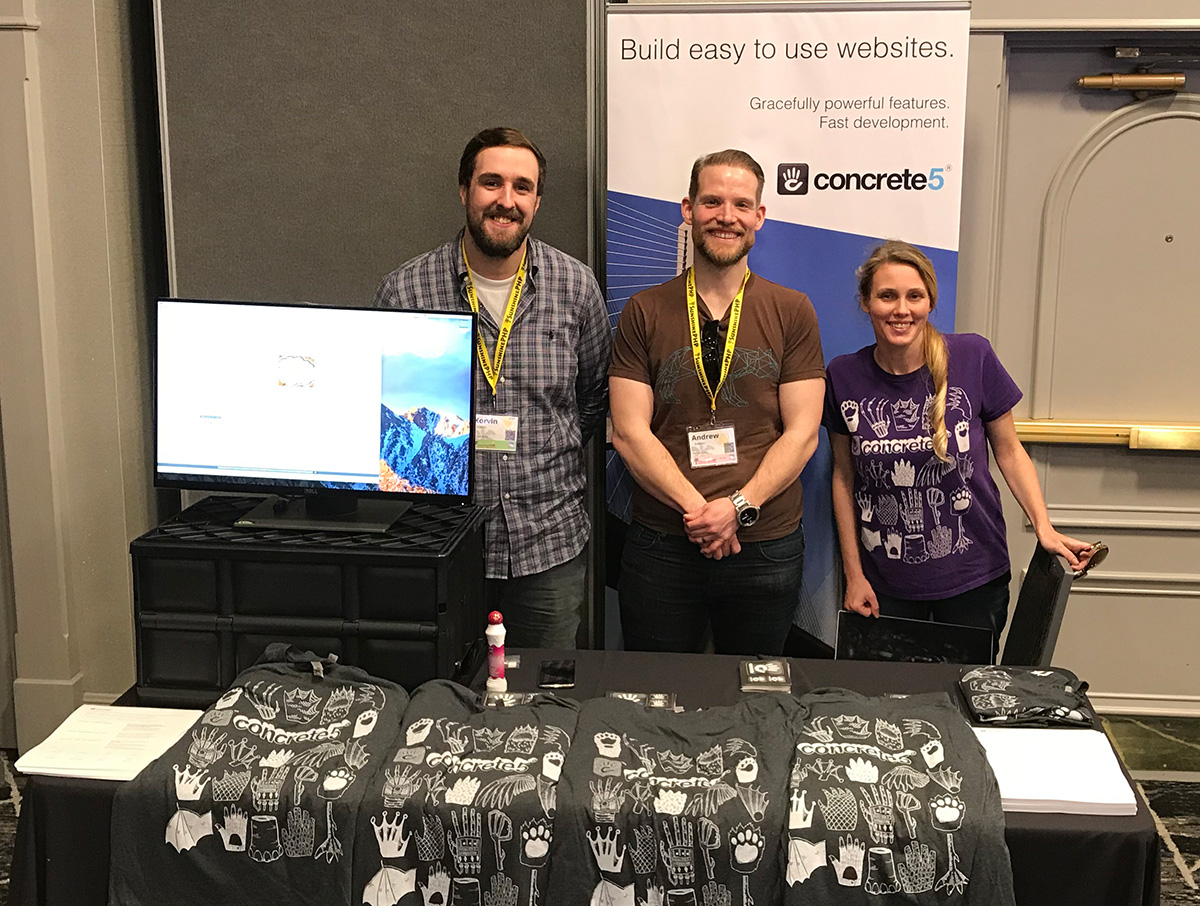 Once upon a time (ok, eight years ago) concrete5 went to SXSW Interactive, and I published a short piece on some things I learned during that experience. I thought it'd be fitting to do the same, having just had an opportunity to go to another conference, yielding a vastly different experience. PortlandLabs just got back from sponsoring SunshinePHP, and I have some thoughts to share.

1. A targeted conference is a much better experience.

SXSW Interactive is a mess. A glorious mess, but a mess. You've services and apps and web applications in every conceivable category, for every conceivable market. You've got attendees going mostly for the free drinks, or just killing time until the music conference starts. By contrast SunshinePHP was a breath of fresh air, because it's pretty clear what you're getting: a conference put on for PHP professionals, by PHP professionals.

This a much better experience. You can assume some level of baseline knowledge from pretty much any attendee or exhibitor. Yeah, people come with different skill levels, and many come to learn things you may already know. But as a web professional, how many times have you, reader, struggled to explain what you do on a daily basis to your friends or family? You won't get that at a conference like SunshinePHP.

As part of my point – SunshinePHP isn't the first conference I've been to since SXSW. We've been to a couple web and marketing conferences, and to a couple OSCONs. But I didn't write about them, probably because they're a perfect example of what I'm talking about. At OSCON the person you're talking about is just as likely to be programming drones, hacking perl or open sourcing their coffee pot as they are to be working on a website.

This is a tight-knit group. I was talking with Korvin about this and we came to the conclusion that it's probably due to PHP's initial boom-and-bust popularity. PHP won the server-side web wars, but in the process became something of a laughingstock, as it became synomous with poor code examples, beginners and bad practices. As PHP developers, we're used to taking shit when we tell other developers about our preferred language. So when a significant portion of the PHPc get to congregate there's almost a collective sigh of relief that we don't have to explain our preferences, at least for the moment.

Of course, PHP has become really, really good, but that's a subject for another time.

Especially if it's 80 degrees and sunny. Shockingly, it's busy. Even as the palest people there, it was still a good time. I got to dip my jeans in the Atlantic. How Portland is that?

4. Engage at your booth.

This should be a no-brainer, but the fact that I have to mention it means it is not: don't sit at your booth on your phone. Just don't do it. Throw the phone away. Tuck it behind the table. Do something with it. It's too powerful a temptation.

This was the case at multiple other booths: you had exhibitors, ostensibly there to talk to attendees, sitting behind the table at their booth on their phones. Certainly, you're gonna get downtime as people filter in and out of the expo hall – but there were actually only a couple moments where it was really completely empty of attendees. At other times people had actively chosen to go into the hall when it was less crowded: don't push them away by making yourself hard to engage with.

Of course, we might have been a bit of a different booth than some. We were there to actively spread the good news of concrete5, and had some of the lead developers of the project there to do so. We were giving demos, standing in front of our table, and looking forward to talking with people. By contrast some of these other booths were perhaps more interested simply in sponsoring than actively making connections at the conference. That's fine! But still, put the phone away.

5. Some things are worth bartering for.

At SunshinePHP, I didn't learn much I didn't know about PHP – but I learned that there was a lot I didn't know about the PHP community. For example, they love elephants. (Or, as every conference-goer refers to them, "elePHPants.") These PHP-logo-fied stuffed creations are a hot commodity. So when I was able to win a Google Home Mini in the final raffle, I was excited when Brett Florio of Foxy offered to trade his newly acquired elephant for my digital doodad.

As an Alexa family, this was a no-brainer. I think he looks pretty good. The name is still forthcoming: 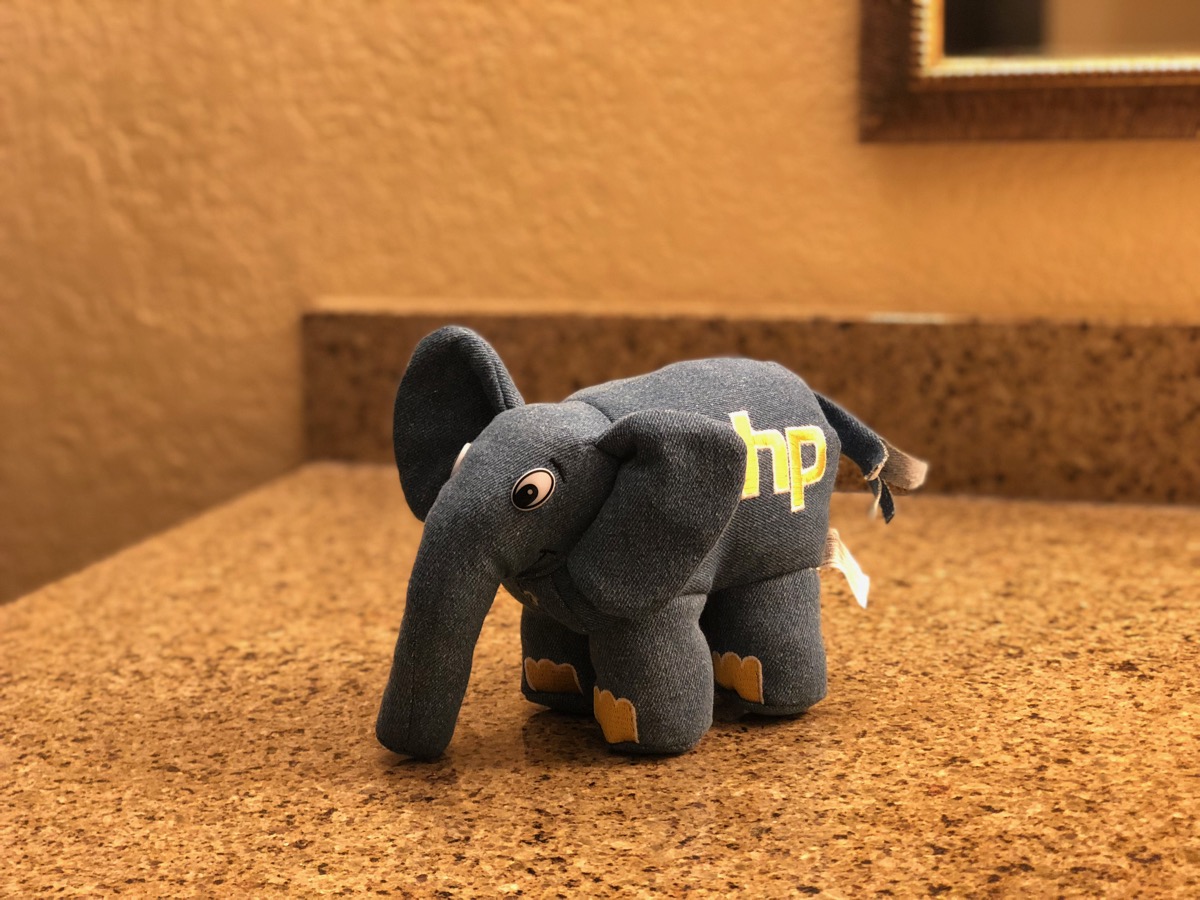 6. You don’t have to learn something new to leave with a sense of optimism and purpose.

Like I said, I didn't learn much about PHP that I didn't know coming in, and I wasn't able to go to more than a handful of sessions. But that wasn't why I came. We wanted to let people know that concrete5 was still here after nearly ten years, and if they hadn't heard about us during that time, it wasn't too late to do so.

We did that, and much more. By listening to people talk passionately about something you use every single day, you come away invigorated, and ready to get back to what you were doing. It made me want to read more, document more, plan more, and keep moving. This is just as important as learning about the latest language feature.

Thanks for the great conference: it was full of friendly people, who networked, hacked, ate and drank together. I'm looking forward to going back.

⇐ CascadiaPHP: So You Want to be an Open Source Hero
Talk to Anything with Broadcastable Events ⇒
Loading Conversation