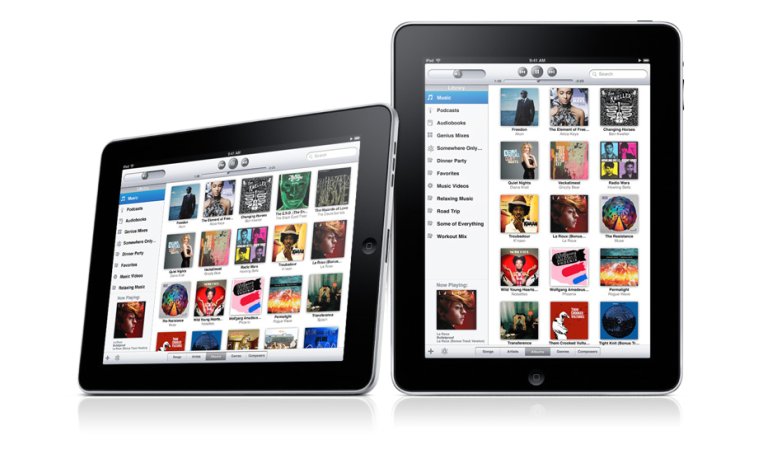 On Wednesday, January 27, Apple introduced a project that's been in development for what can best be described as "fucking forever." The Apple Tablet – in whatever form that might take – has been a mainstay of Apple rumor sites since the death of the Newton in 1998. Interest in an Apple tablet has waxed and waned over the years, but just prior to this announcement, the hype bar had been set high, with reports about Apple speculation breaking out of the tech blogs and landing in mainstream newspapers, magazines, and television shows. Steve Jobs had even reportedly called the project the most important thing he'd ever done. Obviously Jobs has a remarkable gift for hyperbole, but he's never said anything like this about the Apple TV or the iPod. This product was going to be something special.

And, perhaps unfortunately for the iPad, it was amidst this aura of lofty expectations and frenzied interest that the actual device came. And the dismissals followed almost as quickly. Oh, not from me, of course. And not from the financial sector. But from the tech press and those that read it? Disdain and derision. The reductive "fail!" could be found in the comments section of every article on the subject. Nevermind that these were the same people predicting the product would sell for twice its actual price. Nevermind that these people had never used the device in question. The backlash from many within the industry was swift and brutal.

Much of the wailing in the tech press has been about what the iPad can't replace or augment. Each and every commenter and blogger seems to already have a home computer, a laptop and a smartphone, and finds it frustrating the iPad doesn't seem like a suitable addition to this lineup. But what about houses with only one computer, in which some additional web access, movie viewing or game play is desired? Our house was exactly such a place, a couple years ago, and I'll tell you this: every post-announcement morning, when I'm waking up with my cup of coffee and perusing my morning websites on the couch, I find myself staring with barely concealed hatred at the keyboard of the MacBook that I'm using. Oh, why can't you begone when I'm not using you!?

But even in my anecdote, I'm substituting a MacBook for an iPad. And I think that's part of the problem. In my example, and in all the examples posted by disgruntled Apple tablet devotees, we're thinking too small. I think the iPad is about to usher in an era of ubiquitous computing, in which computers are everywhere, fulfilling many functions, without the cruft of their lineage, like keyboards and mice. These things are thin and light enough that one might even mount them on a kitchen wall, or a refrigerator. Instead of a dashboard-mounted GPS device? Get an iPad. Instead of an in-car DVD player? Get an iPad. Instead of a bulky laptop to store recipes and podcasts on, for use in the kitchen? Get an iPad. These things are almost cheap enough to make that a reality. Like the iPod before it, these things are going to be everywhere. They're going to be appliances, with the power and backbone of a computer.

So, tech folks: don't ask how the iPad will replace a system in your highly ordered, highly scientific world view. We're tech people. We're kind the of people who organize our preference panes. We employ a meticulous file hierarchy. We keep our computer desktops free of virtual detritus. We owned MP3 players before iPods! We brainstorm features for email clients. Over drinks. In our LEISURE time! We enjoy using computers as much for the using of them, as we do to actually accomplish goals. The iPad can't compete with that. It wasn't built to. However, instead of lugging a laptop or netbook into the living room, kitchen, car, or on a plane, why not leave it in the den, and pick up an iPad instead. Hell, why not get two?